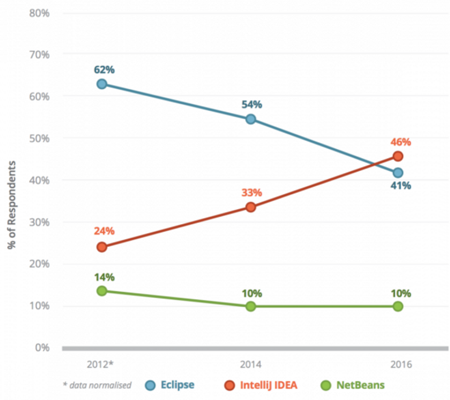 How did the once King of Java IDEs get here?

If there is one single point in time that can be attributed to the demise of Eclipse, its the launch of Eclipse 4.

Eclipse was tiding along nicely during the Eclipse 3.x era, dominating all the dev tools, when all of a sudden it decided to commit suicide. It committed the sin of rewriting all its UI code which, as Joel Spolsky has warned, can result in death (and it did).

Eclipse 3.x was a fast, native looking IDE adding useful features on each release. Intellij's Swing based UI was having a tough time keeping up with the native widgets of Eclipse. With Eclipse 4, all that took a U-turn. We had a super slow, buggy and plain ugly UI. Eclipse was set back by years.

The Equinox P2 project was designed to make it easy to update plugins.Plugins being the bread and butter of Eclipse, this was a critical project.

However, it ended up exploding in complexity and scope to the point that it goals seemed to be competing with InstallShield to be a general purpose installation tool. Due to such wide scope and insane complexity, it could no longer do the one thing it was most used for - Installing Eclipse Plugins.

This is a typical dialog you could expect to see during installing an eclipse plugin: 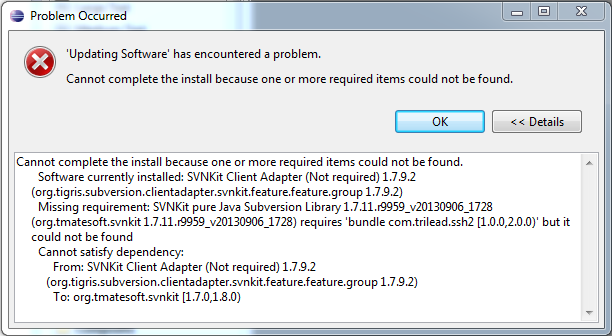 Eclipse.org always seemed more interested in promoting the Eclipse Foundation than the IDE. The website feels like a collection of independent projects which are not maintained.

Heck, the 'feature' list is the internal ids of bundled plugins! 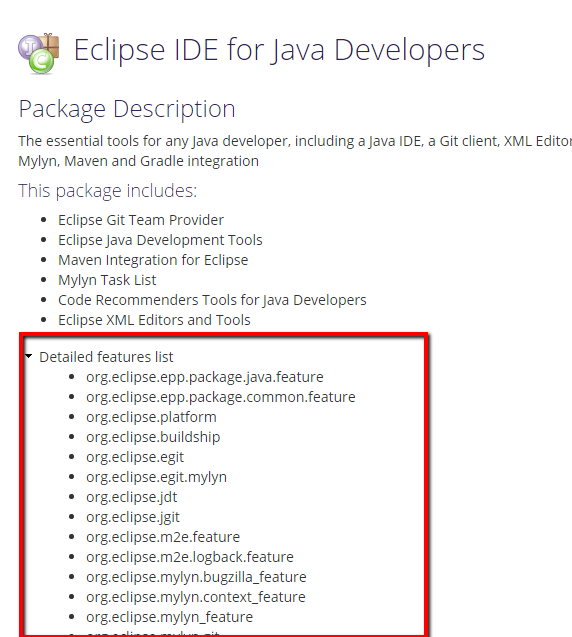 Eclipse felt less like an IDE and more like a collection of plugins you somehow hobble together to form your own.

Ever since Eclipse 4, the Eclipse UI took a turn for the ugly. The awful coloring of the toolbar, the terrible looking icons with jagged edges, dark theme that gave you a seizure, no support for retina display (until very recently). Combine this with an unmaintained website stuck in 2000s, the ugly bugzilla bug tracker, the mailing lists where noone talks.

Every time you were using Eclipse, you felt that the only reason for doing so was because you were too poor to afford Intellij.

All that said, Eclipse JDT remained a solid IDE for pure Java development and the go-to choice for students and open source projects looking for a free IDE.

This was killed by the launch of Intellij Community Edition.

Intellij Community and the free Android Studio meant that you literally had no reason to use Eclipse any longer for Java. You had a better IDE, and it was free.

Eclipse dying however results in a net loss for developers. Without Eclipse to give competition, Jetbrains has less incentive to innovate and add new features in their IDEs. One only has to look at the TypeScript support in WebStorm as an example of how bad things can get.

In my teenage years, having Eclipse as a completely free top notch IDE was instrumental in me learning to program. It meant a poor student could use the exact same tools as a professional. That era is now over.